Sunday afternoons are the most wonderful time of the week. When the kids were young, we would either go for an outing  ( one year, we had annual passes to Disneyland, and went at least once a month on Sunday afternoons!), or picnicked at the Arboretum, or I'd bake while everyone watched the games on TV,  or if I was very lucky, I could disappear into the office to read or do some genealogy.

Now that the kids are grown and away from home, and Bob and I have moved to our new retirement home, every day is pretty much available to do those wonderful Sunday afternoon activities, so you'd think that the Sunday activities would be common......but retirement finds us busier than ever, and now outings with extended family, volunteering, group meetings, setting up house, and taking online genealogy courses  have made the days and weeks fuller than they used to be.

Rather than late night or rare Sunday afternoons, it's harder to find any spare moment to do any genealogy.  So a Sentimental Sunday of blogging and remembering past  outings with the kids would be nice. But a major complication is that I have now gotten more stuff.  I have now not only my boxed up genealogy from the move, I inherited  boxes of family pictures, letters, memorabilia, and I guess "Junk", that have been in storage for years!!!!

So I have now allotted Sunday afternoons while everyone else is resting and relaxing as the only unscheduled time to spend in my office.   I plan to sort, scan and organize all theses boxes.... 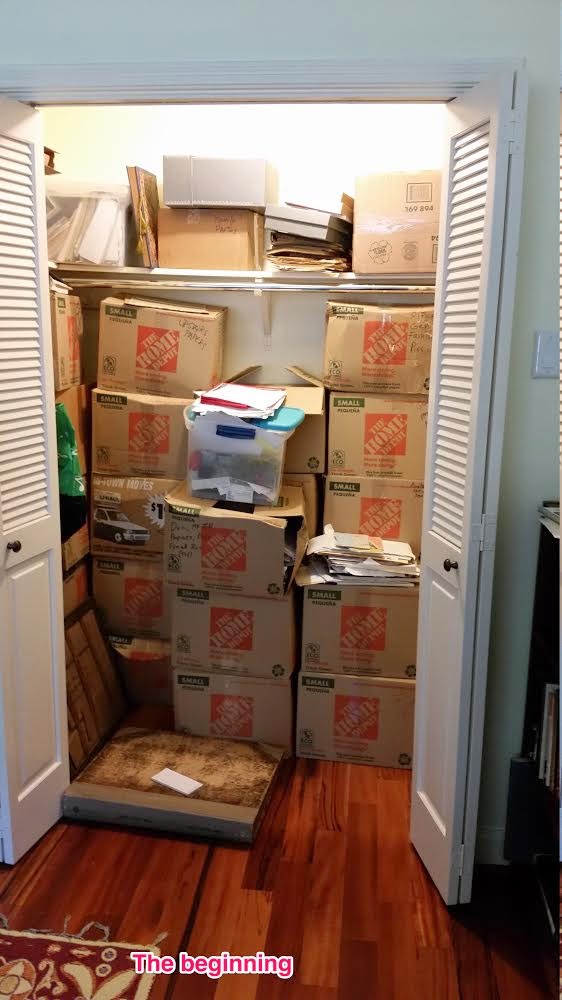 I figured that it would be simple....  One box a ta a time,  Open box,  sort info inside, scan, and file.......
but I opened the first box to find newspapers from 1954 from Buffalo, NY and Olean, NY, and NY City  with articles about the explosion on the  USS Bennington in May 1954. My father, Robert Fairchild,  was aboard the ship, and the explosion occurred the day after my brother Jeff was born. Dad, a dentist, received a commendation for his triage medical care of sailors on the deck that day. The USS Bennington was an aircraft carrier, and on that day, the hydraulic fluids for launching the planes got into the ventilation system and when it reached the mess ( cooking galley) with an open gas flame, there was a huge explosion.  He never talked much about that day to me, and I was astonished at the tale of death and heroism that occurred. 113 men died, 201 were injured, and over 118 received commendations or service medals...  My brother Chuck said that the only comment Dad made to him about it was that if you didn't know any first aid before then, you knew it all by the end of that day.... I remember that Mom said no one told her anything about it, and kept all newspapers from her for two days, because it took time before they knew who was killed or injured... She kept asking why Dad hadn't sent word on whether the name she picked for Jeff was OK, but they told her that there were some temporary communications problems on the ship. Years later, some of the sailors that were at another base kidded my Dad about handing out exploding cigars that worked too well when Jeff was born......

By the time I finished reading all the newspaper accounts, and remembering all the comments I had heard about it over the years,  the whole afternoon is now gone, and I haven't scanned a single article.... so this turned into a sentimental Sunday rather than a sorting Sunday after all! And I'll scan them all next Sunday afternoon,  I hope!

But I did at least blog about it!!! 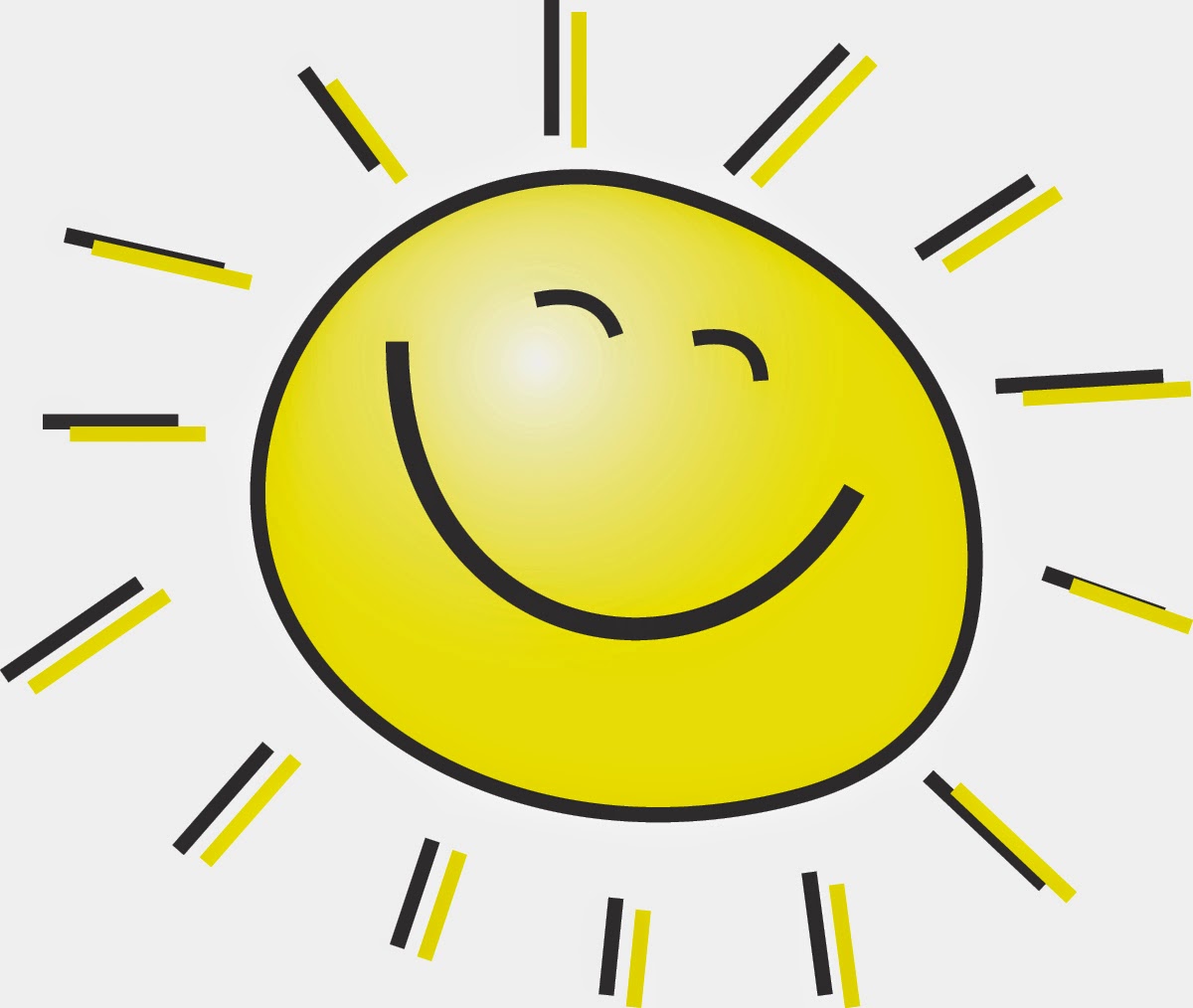 Surname Saturday --- my Rhodes of Yorkshire England, Canada, and the US

My Rhodes relations come from Yorkshire England. They seem to have large families, use mostly common names (Thank God for the occasional Craven and Armitage!!!)  and worked at any jobs they could find.  Some came to the U.S. some to Canada, then the U.S., some went to Australia.....

They also seemed to have lost track of each other, until the death of a relative with property in England spurred letters back and forth across the Atlantic. These formed the beginnings of my search for the elusive relatives, and I have placed the transcribed letters on a separate page within this blog (see tabs at top ).  It would help if  "Rhodes" in Yorkshire wasn't so much like Smith or Jones here in the USA!

In the 1871 England census alone, there are 11,956 Rhodes indexed in Bradford, West riding, Yorkshire .... That doesn't count Manningham, Shipley or Otley, all places listed in various letters and  records....


The letters  were written (we think, but they are all addressed "Dear cousin") to Elizabeth Sparks married to John Edwards .  Elizabeth's mother was Sarah Rhodes, the first of the surname found in my pedigree.


Sarah Rhodes was born about 1807 in Yorkshire England.  On 29 Aug 1835, in St. Peter's Parish Church, Bradford, Yorkshire, England, at the age of  28 she married John Gill Sparks, a cordwainer [Originally term used for one who worked with Cordovan (a special leather from Spain) but later term used for shoemaker]. They had two daughters born in  Bradford, Yorkshire: Elizabeth ( 8 Apr 1837)  and Ruth (12 Feb 1839). They then left for the Americas, leaving  Liverpool, England  on the ship "Napolean" arriving in New York on the  28 October 1839. 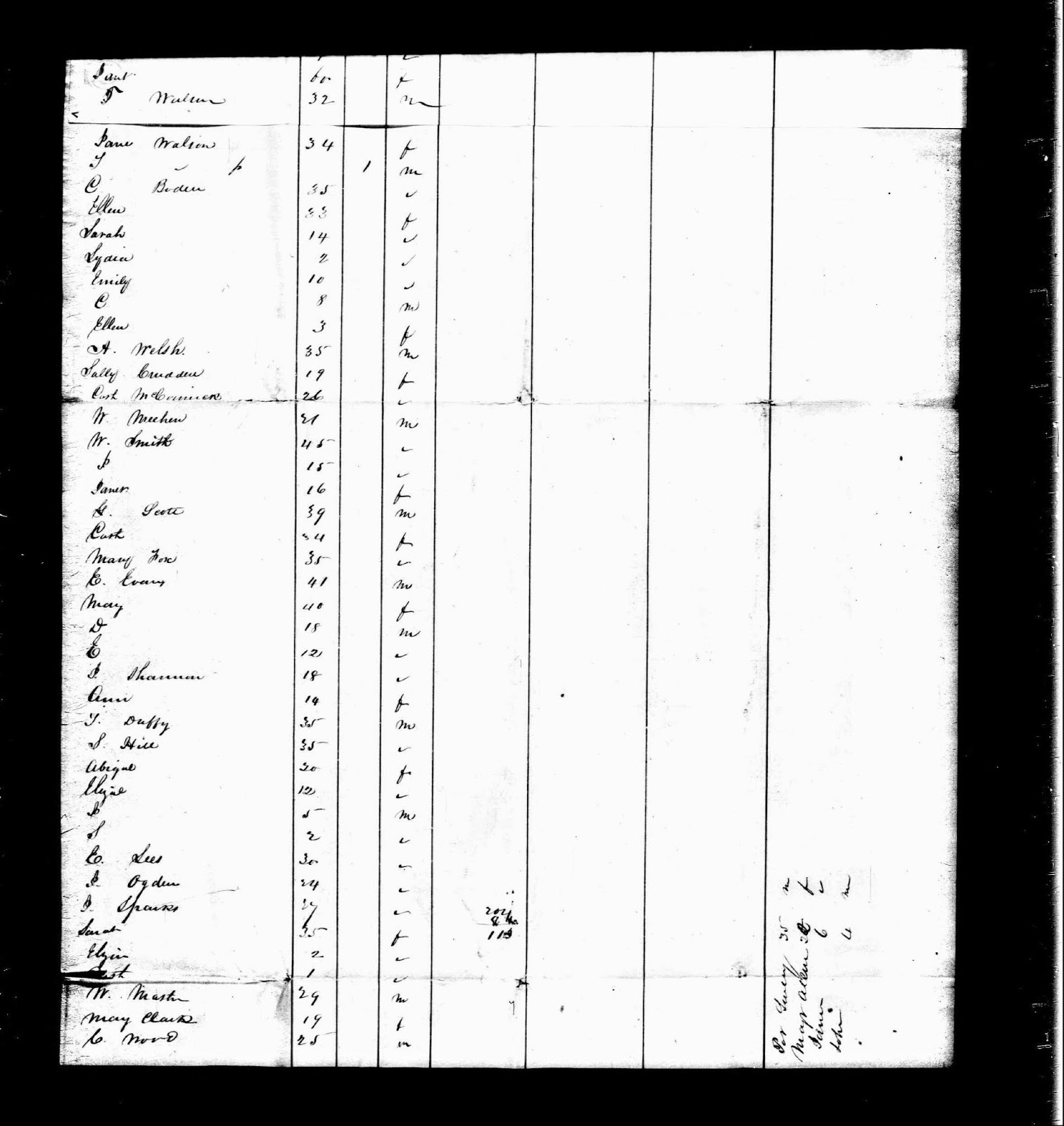 The family is not found in records again until in Gosfield, Essex, Ontario Canada in the 1861 Canadian census. Sarah is found with her daughter Elizabeth's family in 1870 in Warren, Macomb Co., MI, and in 1871 she is back in Gosfield, Essex, Ontario Canada, living with her daughter Ruth's family. She is listed there as a widow, and the 1870 US census didn't ask marital status, so John Sparks must have died prior to 1870/71.  No further record of Sarah has been found.

Gen 7.  John Rhodes, father of Sarah was born in Yorkshire, and was married  to Mary Jowitt,  Unfortunately, that's where the trail ends at this point.

Based on the letters I have transcribed,  John and Mary Jowitt  Rhodes had a large family:
Josh or Joshua  died about 1878
Matthew
Frank
Ruth -- apparently married to a Chadwick probably in the US
John -- father to Walter and Sam  was alive in 1885, but had had a stroke, and was dead four years by 1891
Jane  ? either wife of one of the sons or a daughter, unsure in letters
she had a son Oliver who was also dead
William who had gone to Australia
Charlie

One of the letters was written by a Charles Butterworth, and the asumption is that his wife was a Rhodes.  I searched on Ancestry, and came up with a  tree with Theophilus Butterworth married to a Margaret Rhodes that  could be the right one. They live in Yorkshire, and according to the marriage certificate, his wife's father is Joshua Rhodes which also fits well.
I contacted the member, and pointed her to the letter.... She assures me that this is her great grandfather, and that the address is correct for him that year.... and they had no idea that they had American relatives!!! maybe I should have saved this for Surprise Sunday!!!!   Now I have another branch project to tackle!!!